A new, creative and interdisciplinary environment with internationally distinguished researchers and educators in technology and the natural sciences.

“New Ångström is an important investment in the future. With this project we solve our expansion needs, create a fantastic educational environment and integrate IT research under the same roof.” – Former Vice-Chancellor Eva Åkesson

When Ångström Laboratory was built 20 years ago, the idea was to bring together the operations of physics, chemistry and technology into one building. This marked the start of developing the strong research and education environment that Ångström Laboratory is today. But as operations continue to expand, a shortage of premises has become a reality. The neighbouring Department of Information Technology at ITC also needs premises better suited to research and teaching. The disciplinary research domain of technology and the natural sciences also envisioned creating a unique interdisciplinary environment with the goal of attracting internationally prominent researchers, engendering cross-sector collaborations with industry and society, and attracting additional distinguished individuals to an already attractive environment.

As a first step the project will expand the existing Ångström Laboratory with another wing to the south (Building 9). A new entrance building in front of the current structure will be the next step. The Department of Information Technology will move from ITC to this building, number 10 at Ångström. The building will also contain a reception, café, meeting areas and a common atrium in the middle of the building. The physical environment will support whatever pedagogy is chosen in the future, both in terms of teaching premises and meeting places.

Above all, the new building is an investment in the educational environment of the future. Students, teachers and educational researchers have been involved in the planning process. Other important goals for New Ångström include stimulating interdisciplinary approaches and new meetings within the University, attracting internationally prominent researchers and creating cross-sector collaborations with industry and society.

“Since we live in an increasingly digitised world, bringing the University’s highly successful IT research closer to other Ångström research is absolutely the right way to go,” says Vice-rector of Science and Technology Johan Tysk. It will become a modern, creative, educational environment where students, teachers and researchers can transcend subject boundaries.”

According to the preliminary schedule, occupancy in the south wing (Building 9) is expected for autumn of 2020 and in the new building (Building 10) for spring of 2022.

The decision to carry out the New Ångström project was made in the autumn of 2017 after careful deliberation. Here is what has happened so far: 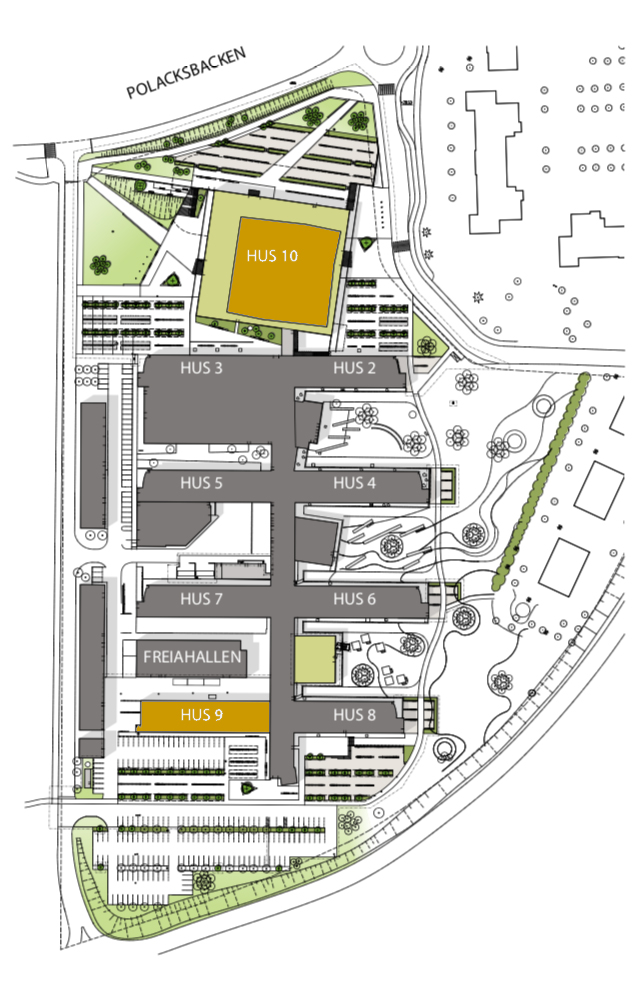 Given the scope of the New Ångström project, time delays cannot be excluded. The following dates represent the earliest estimates; delays or revised order of deliveries can affect all dates, especially for occupancy.

The clip shows a 3D-model created by PE Teknik and Arkitektur AB.