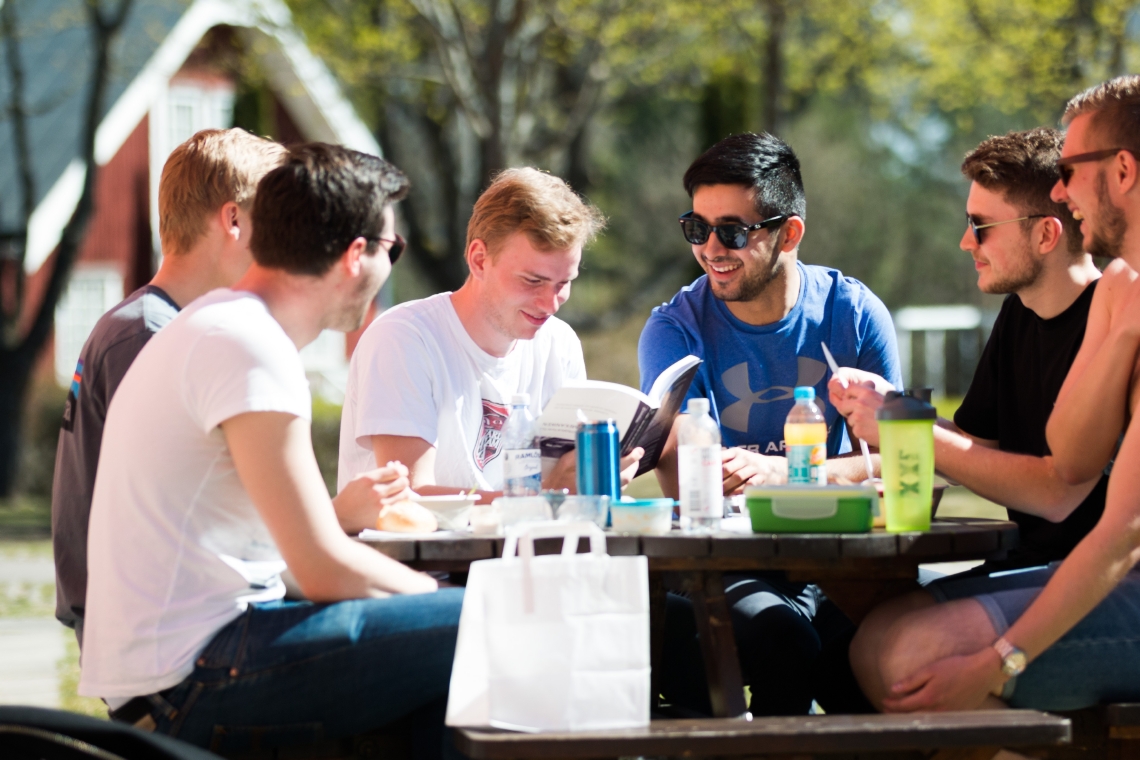 A warm welcome our new students. We hope to leave you with a very positive experience that includes challenges, adventures and fun. The event is a bit like a long party that includes alcohol, and for this reason it may be appropriate to clarify some basic rules that apply at Uppsala University.

The most important things to keep in mind are listed below. Please read this more detailed review of the rules that apply on Campus Ångström Laboratory and at Uppsala University.

ACCESS: The University’s premises are for employees and students. The public generally does not have access to the premises on campus.

ALCOHOL/DRUGS: Uppsala University does not allow drinking alcohol or taking drugs in connection with work or instruction. Following a decision by intendenturstyrelsen, it is also generally forbidden for students to use alcohol on the university's premises at the Ångström Laboratory (meeting 43, 200131).

SMOKING: All forms of smoking are prohibited in university premises and outside all entrances at the Ångström Laboratory.

Of course, in addition to these rules, there are generally applicable rules regarding orderliness, littering and damage. Remember that you are not alone in the University area. Many people study and work here, and we have many visitors from other universities and industry. As a student, you represent Uppsala University, and we expect you to behave in a fitting and correct manner both inside and outside University premises.

The Vice-Chancellor has implemented a smoking ban outside of building entrances. The smoke-free area applies to 15 metres from each entrance. The smoking ban also applies to balconies in accordance with a decision by the Campus Management Board at a meeting on 6 September 2011 (110906:9-10).

The ban on smoking applies to all forms of smoking regardless of content (including e-cigarettes). According to the decision by the Campus Management Board (140212:19-10):

Smoking and e-cigarettes: The Campus Management Board decided that the Ångström Laboratory, supplementing the Vice-Chancellor’s decision “The Tobacco Act – about a smoke-free working environment (Ref. No. 4001/98)” and the decision regarding “No smoking next to entrances to university buildings (UFV 2009/2038)”, also needs to comply with the recommendation in the Swedish National Institute of Public Health’s “Response on electronic smoking devices (TILLS 2013/647)”. It states, among other things, that “because it is very difficult to determine if there is tobacco or not in a hookah or in an “imitation” e-cigarette (such as a vaporiser), until further notice areas that are by law smoke-free today are to remain free from smoke from all forms of smoking devices, whether or not an individual product contains tobacco”.

- Decision by the Vice-Chancellor regarding smoking bans (regler.uu.se)

Lighting in the writing rooms: normally there is to be an electric fitting for each workplace. Campus Management is responsible for purchasing, and the cost is borne by the department (101214:6-7).

Campus Management provides the basic furnishings for all offices; see Annex 5 regarding what is included. Additional or more expensive furniture is paid for by the tenant (120206:11-8).

The department may bear the cost of new office furniture itself in conjunction with a lesser amount of furniture being needed because of consolidation of the department’s premises (130530:16-11).

As a rule Campus Management grants use of these spaces only to temporary visitors to some of the organisations at the Ångström Laboratory affiliated with Uppsala University (120206:11-4).

Common instruments (Ångström AU): Ångström Laboratory has some instruments purchased with “common” funds that are administered and maintained by individual departments. There have been inquiries about rules governing how these instruments can/may be used and how users are to be charged. It was recommended that the actual costs should be charged, but with differentiated rates depending on the users. University departments pay based on internal rates and others based on external rates. Everything involved in this should be regulated in agreements between the department and the user in question (020116).

E-mail: The general information channel for employees in Ångström Laboratory, “Info_angstrom”, is used too much for information that is not of general interest. As a result, use should be reviewed and limited by a clearer prohibition of information that has no public interest, and possibly also by limiting access to the address. The website offers an alternate way to receive messages (091211:3-8C).

Systematic Fire Prevention (Systematiskt brandskyddsarbetet, or SBA): Regarding demarcation of boundaries, each department/unit is responsible for conducting fire inspections in its premises and adjacent corridors in connection with these inspections (120530: 12-11).

Sound level on information screens: The Art and Presentation Group decided not to allow sound from information screens in public premises at Campus Ångström Laboratory. Headphones next to the screen have been mentioned as a suitable alternative (160224).