As part of the efforts to develop a carbon-neutral economy, photosynthetic microorganisms such as cyanobacteria have been extensively studied as solar-powered cell factories for the production of organic compounds with industrial interest, using the atmospheric CO2 as carbon source.

Among other metabolites, cyanobacteria produce terpenoids, a diverse group of natural products that play pivotal roles in the cell. These metabolites have industrial relevance as fragrances, colorants and biofuel precursors. The research here presented focused on the production of terpenoids in the model cyanobacterium Synechocystis sp. PCC 6803, with special emphasis on two compounds: bisabolene and isoprene. Bisabolene is a 15-carbon-atom molecule that can be used as feedstock for chemical synthesis and for biofuel generation. In my first two projects, I demonstrated that heterologous expression of the bisabolene synthase is enough to complete the biosynthetic pathway, and cultivation of bisabolene-producing Synechocystis strains in high-density conditions significantly benefits microbial production. Furthermore, overexpression of key enzymes from the native metabolism increased precursor supply. The best producing strain reached a bisabolene titre of 180 mg L-1 after 8 days of cultivation.

Isoprene is a small volatile terpenoid with high relevance to industry, and it plays an important role in thermotolerance in several plants. In order to map competitive pathways to terpenoid production in Synechocystis, I utilized a synthetic biology tool for gene knockdown of several targets and evaluated their influence on isoprene production. Six candidate genes were identified as potential targets for further modifications, to improve reallocation of the cellular resources to terpenoid production. In another study, I analysed how the production of isoprene in Synechocystis can affect the metabolism and cell physiology, and how isoprene production can be improved by optimizing cultivation conditions, such as light quality, light intensity and temperature. Cultivation under violet light or at higher temperatures improved significantly isoprene production. I also observed that isoprene itself modifies the physiology of the cell, contributing to a reduction in size and growth rate, and confers additional thermotolerance to Synechocystis.

In my last project, I participated in a collaborative work where a hybrid photobiological-photochemical approach was applied to convert photosynthetically-derived isoprene into jet fuels using light as energy source. I cultivated isoprene-producing cyanobacteria in closed vials and designed a capturing system to trap the produced isoprene. Subsequent photochemical dimerization rendered a mixture of products that, upon minor chemical modifications, fulfilled the requirements to be used as jet fuels. 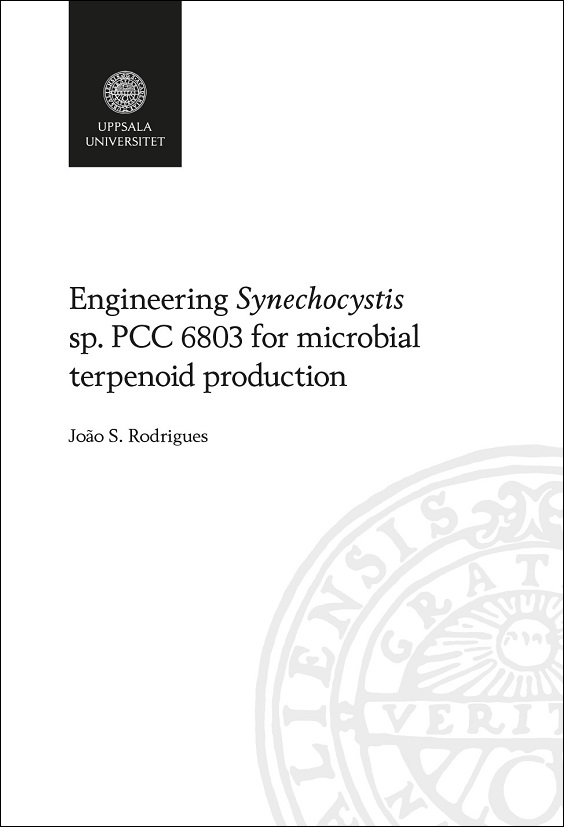