Disputation: "Novel electrode and photoelectrode materials for hydrogen production based on molecular catalysts"

The PhD project focussed on the application of a cobalt tetraazamacrocyclic complex, in the literature commonly referred to as [Co(CR)Cl2]+ as a molecular catalyst for the hydrogen evolution reaction (HER). This was within the broader scope of the EU MSCA H2020 ITN ‘eSCALED’ project, which primarily aimed to create artificial leaf devices for the storage of solar energy in chemical fuels and, as part of this, sought the development of novel bio-inspired and scalable materials. This included researching molecular catalysts without platinum group metals (PGMs) currently relied upon in commercial technology.

Three main projects were pursued: firstly, studies of the mechanism of the catalyst itself under organic electrocatalytic conditions. Catalytic intermediates were generated and identified using spectroscopy (UV-vis, NMR, EPR) and the catalytic behaviour was followed with electrochemical techniques. An ECEC mechanism with a rate-determining second protonation step associated with the release of H2 was identified, noting in particular an initial protonation step on the macrocycle at the Co(II) state that was hypothesised to involve the macrocycle amine group acting as a proton relay under the investigated conditions.

Secondly, a new synthetic strategy towards novel derivatives of [Co(CR)Cl2]+ was developed to prepare a derivative for anchoring onto sp2-carbon surfaces by pi-stacking interactions. The immobilised catalyst was studied by electrochemical methods and compared with another derivative from collaborators at ICIQ, showing that both derivatives work as heterogenised electrocatalysts for the HER with high faradaic efficiencies and good stability over one hour at pH 2 and especially pH 7, but one derivative displays higher current densities and stability, invoking some consideration of rational design principles for modifying molecular catalysts.

Thirdly, studies of a photocatalytic system made up of copper indium sulfide quantum dots (CuInS2 QDs) as a photosensitiser with either [Co(CR)Cl2]+ or its benzoic acid-functionalised derivative were carried out in ascorbate buffer, focussing on the photocatalytic performance and electron transfer (ET) processes between the CuInS2 QDs and the catalyst to explain the remarkable activity and robustness reported for closely related systems. CuInS2 QDs modified to have a ‘hybrid-passivation’ ligand system for compatibility with NiO films were used. Rapid QD-catalyst ET processes were noted for both catalysts. A static binding model with a strong binding equilibrium was adapted for the system,  applying a Poisson distribution. This prompts a reconsideration of the importance of anchoring groups for QD-catalyst ET efficiency in solution. 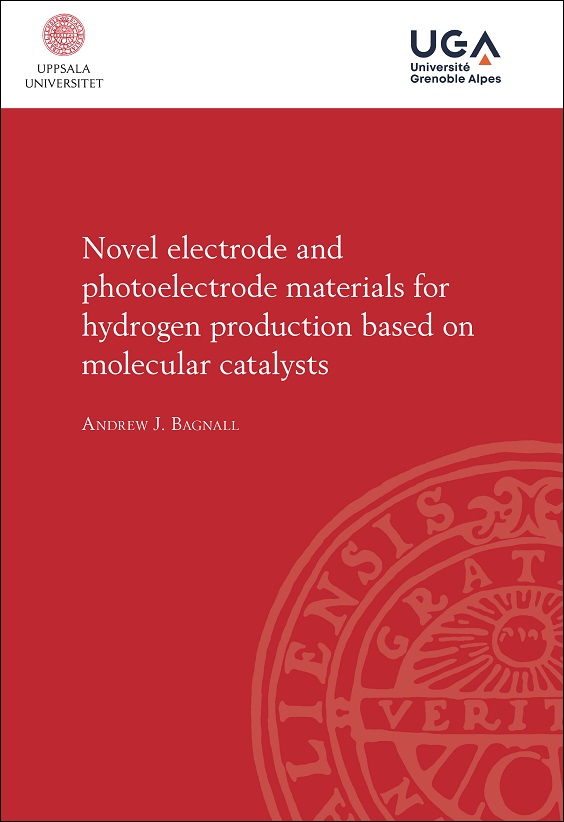